Although its infrastructure and technology have changed drastically since the Federal Reserve Act was enacted in 1913, the Federal Reserve’s overall mission to foster a sound banking system and a healthy economy has remained unchanged over the past century. In this month’s issue of Fed Facts, we’re looking back in our photo archives to highlight interesting facts and milestones in our vibrant history.

Many of the 12 Federal Reserve Bank headquarters were built in the early 20th century and contain architectural craftsmanship that underscores the storied histories of their buildings and the cities they call home.

Since 1924, the Federal Reserve Bank of New York has been home to 200 tons of ironwork produced by master craftsman Samuel Yellin. The building’s ornamental wrought iron took two years to complete and was the largest job of its kind in history – at that time. Shown below is the New York Fed’s main entrance hall. 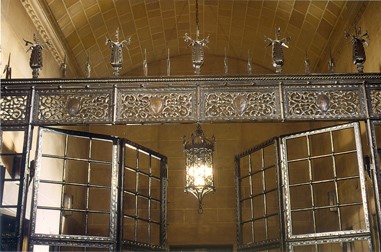 Shown below circa 1920, the Federal Reserve Bank of Chicago’s permanent building was finished in 1922. Still standing today, the building’s front façade features 65-foot-tall Corinthian columns and was designed by the firm of Graham, Anderson, Probst & White to produce "the impression of dignity and strength.” 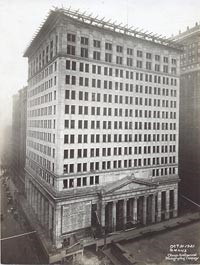 Technology through the decades

As technology has evolved throughout the years, so has the way we process currency. As shown below, in the 1920s, cash was bundled into packages after it was counted. It was then grouped into a large package and strapped with steel bands to prevent the unauthorized removal of a bill. 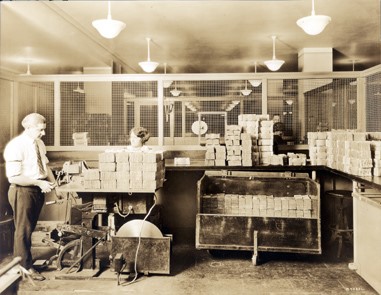 In 1944, the first IBM proof machines, shown below, were installed at the Federal Reserve Bank of San Francisco. By the 1950s, the San Francisco branch had 37 of these check processing machines in operation. 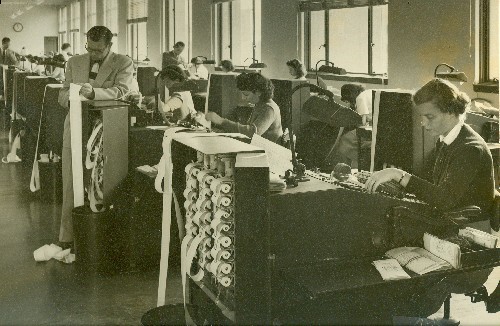 In the early 1970s, the Federal Reserve Bank of Chicago coordinated the Interdistrict Transportation System (ITS). Shown below, the air transport service provided overnight delivery of checks.

The future of payments

Through our role as central bank and payment services provider, the Federal Reserve Banks are committed to collaborating with a wide array of stakeholders to enhance the speed, safety and efficiency of the U.S. payment system. To learn more about our ongoing efforts, visit FedPaymentsImprovement.org (Off-site).