Did you know the surname “Smith” dates back to the Anglo-Saxon Period and its meaning is “to smite or strike”? If one were to search on that name in the Federal Reserve System’s internal employee directory, 19 pages of results would be returned. That’s where the commonalities end. 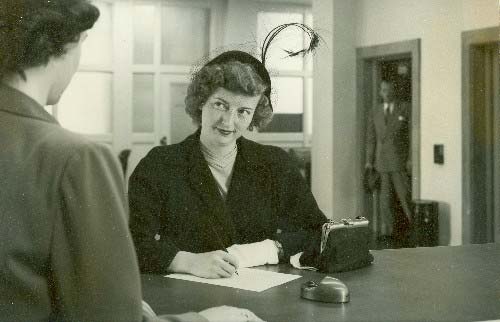 Just as job titles have changed through the years, the number of Fed employees needed to do certain types of work has also changed a great deal since last century.

In 1918, the Federal Reserve Bank of Philadelphia’s Check Collection department had 166 employees who processed a daily average of 57,000 checks amounting to $37.5 million. One decade later, in the Philadelphia Fed’s Cash department, 42 employees counted an average of $2.25 million in notes daily. Far fewer employees are needed in today’s automated work place.

You wouldn’t expect to find a blacksmith employed by the Federal Reserve Banks today, but what about a robot? In fact, for nearly three decades the Fed has “employed” automated guided vehicles (AGVs). Back in 1992, the New York Fed began using computerized robots to deliver and retrieve cash trunks in its three-story-high cash storage vault. Cases of bills are brought to a cage for counting by high-speed computers. After verification, the cases are picked up by the robots and delivered to the vault, as shown below. 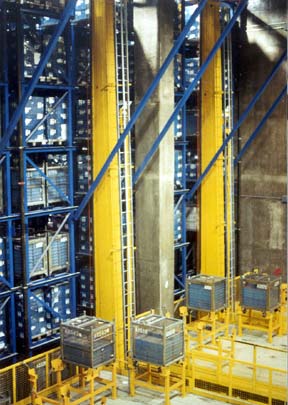 In addition to processing checks and counting cash, Fed staff in other service areas are also ready to help you! On the Contact page, you can find Federal Reserve contact information by service area, including Check Services and FedCash® Services, or use “Find Your Contacts” to create a directory customized to your ABA.