With Tax Day coming soon, here is an overview on the Federal Reserve System’s role as a fiscal agent of the U.S. government, the part the Fed plays in the collection of taxes and the purpose of the Treasury’s general account. We’ll provide some historical aspects, service information and interesting statistics.

The Fed’s role as fiscal agent to the Treasury

Signed in 1913, the Federal Reserve Act (Off-site) contained provisions that assigned the Federal Reserve Banks the role of serving as fiscal agents and depository institutions for the United States when required by the Secretary of the U.S. Department of the Treasury. It wasn’t until 1915 that the Treasury began implementing these provisions by designating three Reserve Banks as depositories for Treasury funds. That number expanded to all 12 Reserve Banks in 1916. As the fiscal agent of the Treasury, the Fed deposits some tax receipts, primarily individual and other tax payments made directly to the Treasury, in the Treasury’s general account (Off-site). This account handles virtually all U.S. government disbursements and is the primary operational account for the U.S. Treasury.

The Federal Reserve Banks act as fiscal agents of the U.S. government and certain other entities. In other words, they act as the “government’s bank” and maintain the U.S. Treasury’s operating cash account, pay Treasury checks and process electronic payments, and issue, transfer and redeem U.S. government securities.

The collection of taxes

For many decades, the collection of taxes was paper-based and a labor-intensive process. However, the Reserve Banks and commercial banks worked with the Treasury over time to develop the technology to electronically process tax collections securely and conveniently. Payments from the general account at the Fed are primarily processed through FedACH® payments, Fedwire® Funds transfers and, to a limited extent, by our Check Services. The greater usage of electronic payments gives the Treasury opportunities to minimize costs and inefficiencies related to check payments, which ultimately reduces costs to U.S. taxpayers.

There’s plenty to learn about the Economics of Taxation (Off-site). Plus, the timeline below shows a few significant tax-related dates pulled from Historical Highlights of the IRS (Off-site), which features other key dates that span 140 years. 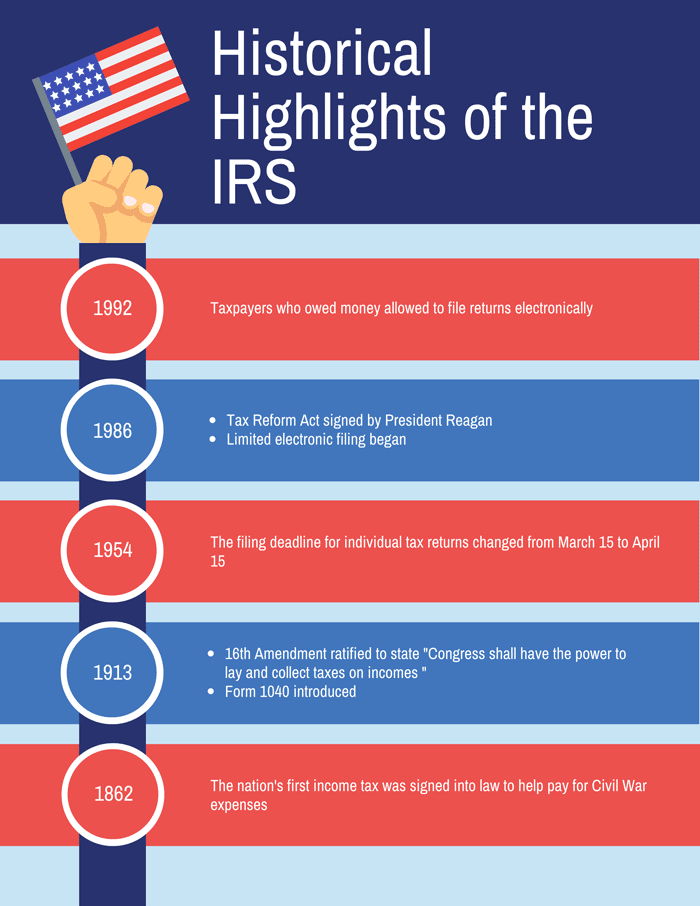 From a monetary policy perspective, the relationship between the Treasury general account and reserve balances held at the Federal Reserve Banks is very important. Since reserve balance levels can affect the federal funds rate, the Banks and Federal Reserve Board must work carefully to ensure that Treasury transactions from the general account won’t disrupt the conduct of monetary policy.

The Fed’s role is multi-faceted

The 12 Federal Reserve Banks and their various branches provide a range of payment and settlement services to the banking industry and the federal government. For the Treasury, in addition to maintaining the general account, the Reserve Banks process U.S. postal money orders, provide accounting and reporting services, monitor collateral pledged to the government and facilitate the investment of excess balances.

According to the IRS Data Book (Off-site), during Fiscal Year 2020, the IRS collected close to $3.5 trillion, processed more than 240 million tax returns and other forms and issued more than $736 billion in tax refunds (including $268 billion in Economic Impact Payments).

Board of Governors of the Federal Reserve System (Off-site)

U.S. Department of the Treasury (Off-site)